Death Row and the Catholic Church 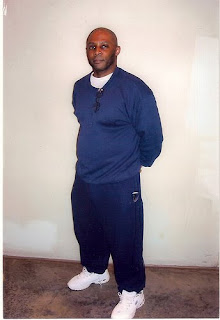 The State of Ohio put to death Darryl Durr just this past Tuesday. Attempts were made to stop this process, citing that Durr was allergic to the anesthesia. The circus continues in Ohio's saga of executions. Another execution is scheduled every month in Ohio through November (it was originally September when this post was written).

Some argue that justice was done. Yet a crime creates obligations, according to Howard Zehr. Victims and their families may need pastoral care. They may need financial support or help managing daily life. Society may need education to prevent further crimes. Yet, our justice system focuses almost exclusively on inflicting a penalty to the offender while leaving the rest wholly unaddressed.

Where is the Catholic Church on the death penalty?

The US Bishops have been working against the death penalty for decades, along with bishops from numerous other nations as well as the Vatican.

Pope John Paul II led the way by clarifying 2,000 years of magisterial tradition. He put strong limits on any Church support for the death penalty. 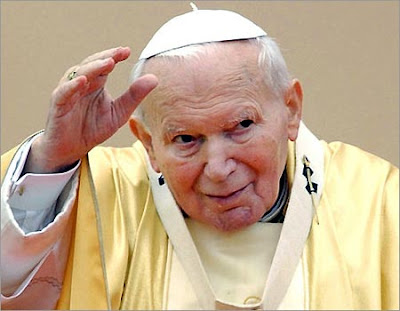 A key document is his encyclical Evangelium Vitae, the famed "Gospel of Life. It issues some of the strongest and most definitive statements on capital punishment to ever come out of the magisterium.

It speaks of the absolute respect for life and the indispensable nature of the fifth commandment. The Gospel of Life includes all life: Not even a murderer loses his personal dignity. In several places, the pope affirms that it is only God who is the absolute Lord of the life of man.

Evangelium Vitae was released to the world on the Feast of the Annunciation, fifteen years ago. This Feast Day announces the Good News of the Incarnation of Christ on earth. The very real, and not merely symbolic presence of Christ, is in everyone.

In the introductory paragraph, John Paul II writes that Christmas also reveals the full meaning of every human birth, and the joy which accompanies the Birth of the Messiah is thus seen to be the foundation and fulfilment of joy at every child born into the world.

Christ of the Breadline, by Fritz Eichenberg
Jesus was not speaking metaphorically when he said in the Gospel Matthew, For I was hungry and you gave me food, I was thirsty and you gave me drink, a stranger and you welcomed me (Matt 25:35), as theologian Thomas R. Rourke points out. This presence of Christ is in each human person, and all humans share this common solidarity. As a result, John Paul II states that all killing, like the story of Cain and Abel, is fratricide--bother against brother.

Not only were all humans created in the image and likeness of God (Genesis 1:27), but the Mystery of the Incarnation of Christ brings that to fulfillment.

The Catechism of the Catholic Church has adopted much of John Paul II's language and reads: The traditional teaching of the Church does not exclude recourse to the death penalty, if this is the only possible way of effectively defending human lives against the unjust aggressor.

Adding: such cases are very rare, if not practically non-existent.

The Catholic Church's position is nuanced, and as a result it has been the source of a lot of confusion. The rather liberal way the Church has supported the death penalty in previous centuries has not helped in this matter, either.

The bottom line is this: The Catholic Church is basically saying it is not absolutely pacifist. The Church has not, and probably will not, ever 100% rule out the possibility of support for the death penalty. However, this is the furthest thing from a blank check of endorsement.

The overall moral obligation to value and protect all life--including the guilty--must be held alongside not just the right but the duty to protect oneself and the common good of society. If there is an immediate threat, the Church has declared that it will not rule out the death penalty as a possible response.

However, instances of this in the modern world are more in the realm of theoretical possibility rather than something that actually happens. Let's not forget the important clause that shows the scope of Church teaching: Such cases are very rare, if not practically non-existent. 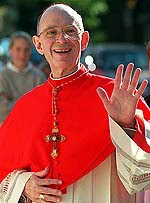 When describing the "consistent ethic of life," Cardinal Bernardin summarized Church teaching by stating that there should always be a presumption against taking human life.

So then what can justify taking a life? Only a clear and present threat to other lives.

The focus of Catholic morality is living in the mercy of Jesus, taking Gospel risks to "be not afraid" and fostering not just life but well-being. Those should take preeminence over an emergency, last-ditch effort to treat violence with violence. That should only happen after all else has been tried and tried again and there is simply no other option.

In other words, the death penalty is not an acceptable means of punishment in a purely retributive sense. It is only considered a possibility when collective defense is factored in. When you consider modern prisons and research showing the ineffectiveness of the death penalty as a deterrent, it is an extremely unlikely possibility.

Perhaps it would be easier if the Catholic Church could just say it was against the death penalty in an absolute sense and be done with it. That would be simpler. There are many who would like to see the Church embrace a wholly pacifist stance. Some say the Church is already saying that, since the death penalty is not a punishment per se but only a self defense of last resort.

To the average Catholic on the street, the intense theological debates over specific vocabulary do not change the reality that the Church is, for all practical purposes, thoroughly against the death penalty. The gap between absolute pacifism and where the Church stands is extremely narrow if not practically non-existent, to borrow a quote.
Posted by Frank L at 8:30 AM